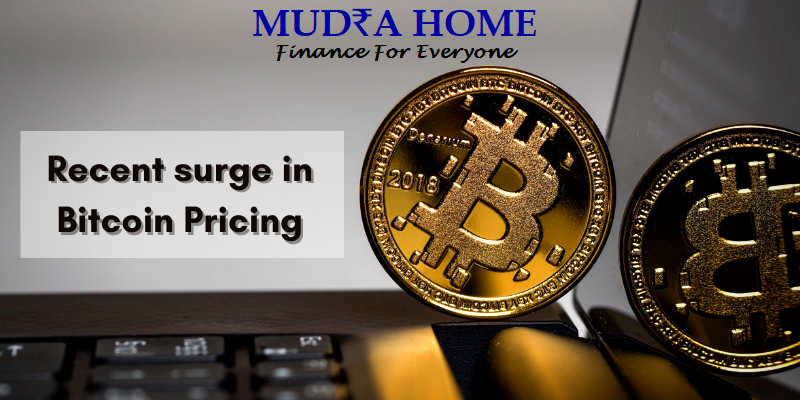 In the most recent iteration of a sustained rise in bitcoin prices, the cryptocurrency surged more than 300% over the past year. This is the third major round of Bitcoin price spikes since 2013 – the previous two “bubbles” ended with a sharp drop of over 80%. Unlike a stock or bond, it is difficult to determine the basic value of Bitcoin. Its value depends entirely on what people think it is worth. Some movers have claimed that Bitcoin could be worth up to $ 400,000, while others are forecasting a dramatic drop in price.

Bitcoin saw the light of day in 2009 and has gained wide recognition and notoriety thanks to its first-mover advantage. Bitcoin and other cryptocurrencies have essentially created a new form of a payment system based on blockchain technology that uses a distributed public ledger system that is validated by a decentralized network of users and whose integrity results from the use of sophisticated cryptographic algorithms.

Currently, Bitcoin does not fully meet the requirements to be considered a traditional form of currency. In a modern economy, money serves three basic functions: it is a medium of exchange, it serves as a store of value, and it is used as a unit of account. Despite recent support from PayPal, Square, and other platforms, cryptocurrencies like Bitcoin remain a niche payment method. Given the limited options available for using Bitcoin for normal daily transactions, it is difficult to see cryptocurrency as a viable or practical medium of exchange.

Furthermore, the extraordinary volatility of Bitcoin’s price makes it a poor unit of account. A common unit of account simplifies the measurement of relative prices and facilitates the efficient exchange of goods and services. The wild price fluctuations in Bitcoin (as the now legendary story of Laszlo Hanyecz shows) make it impossible to indicate the relative price level. In fact, stablecoins have more potential in the future as a medium of exchange and a unit of account than first-generation cryptocurrencies like Bitcoin.

Currently, it is the role of Bitcoin as a store of value that has generated a lot of interest and debate. Bitcoin itself has no intrinsic value, a trait it shares with modern fiat currencies. Unlike fiat currencies (whose supply is theoretically unlimited), the biggest attraction of Bitcoin is that its supply is limited (only 21 million bitcoins need to be mined due to its design). However, critics point out that nothing prevents the creation of a range of new cryptocurrencies based on the same underlying blockchain technology.

Tech-liberals, who were among the early adopters of Bitcoin, are drawn to Bitcoin as it is highly decentralized and uses a blockchain-based distributed public ledger system to record transactions. This is in contrast to fiat currency (such as the US dollar), which is not only issued by a government-controlled agency but also requires trusted intermediaries (such as banks) to maintain private account records to maintain the assets and transactions of each competitor.

Lately, Bitcoin has caught the attention of wealth managers and large financial institutions. Wealthy investors add Bitcoin to their wallets when some of the cryptocurrency stigmas wear off. There are signs that Bitcoin has achieved dominant status as an alternative asset class. The increasing demand and limited availability of Bitcoin have contributed to the rise in prices.

Despite recent favorable developments, it is still extremely difficult to understand the extraordinary valuations associated with Bitcoin. As an asset that is neither tangible nor productive, Bitcoin is a mystery. It is true that at a time of massive expansion of central bank balance sheets and skyrocketing national debt, there is a small but serious risk that fiat currencies will depreciate sharply. However, it is difficult to see the underlying logic behind the move not only from cryptocurrency evangelists but also traditional institutional investors to Bitcoin and away from gold as an inflation hedge.

While the price of gold increased by almost 25% in 2020, the price of bitcoin increased by around 300% during the same period. Gold is tangible, durable, relatively rare, has intrinsic value (after all, it is a precious metal used in jewelry and electronics) and a long history (stretching back thousands of years) as a stable store of value. An intangible, unproductive asset that has barely been around for a dozen years is suddenly seen as a safer and better hedge against inflation than gold.

If this is not primarily an inflation hedging story, what explains the sudden and overwhelming pull of Bitcoin? One possibility could be that we are in the middle of a contagious narrative named after Nobel Prize winner Robert Shiller – sometimes the myths and stories investors use to convince themselves and others are more important than the basics.

It is always difficult to verify the presence of an asset bubble if it continues to inflate. Calling to the top early is a common mistake market forecasters make. The pace of the recent surge in Bitcoin prices (after Bitcoin hit the $ 20,000 mark for the first time on December 15, 2020, surged to $ 30,000 in just 17 days) should be a concern for serious investors. The growing popularity could also subject cryptocurrencies to greater regulatory scrutiny in the not too distant future.