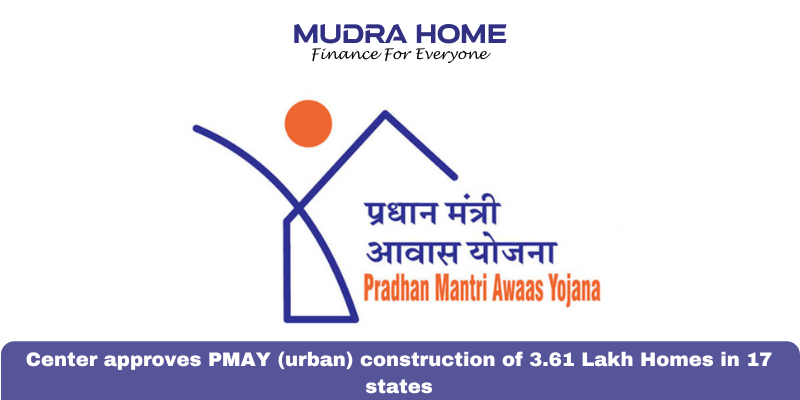 The center approved the construction of 3.61 lakh homes in 17 states and union territories under Pradhan mantri Awas Yojana (Urban), bringing the total number of sanctioned homes under the program to 1.14 crore, said the Ministry of Housing and urban development on November 24.

A total of 3.61 lakhs of homes have been approved for construction in 17 states / UT under the Affordable Housing Association (AHP), Beneficiary Driven Construction (BLC, In-Situ Slum Redevelopment (ISSR)) by PMAY-U, said.

The approval was granted on November 23 by the Central Sanctions and Monitoring Committee (CSMC), chaired by the Secretary of the Housing and Urban Development Union, Durga Shanker Mishra.

The construction of the PMAY-U houses takes place in different phases. This brings the total number of mission-sanctioned households to Rs 1.14 million; more than 89 lakh of which were erected for construction and 52.5 lakh completed and delivered to beneficiaries.

The total investment for the mission is Rs 7.52 million lakh, with central support of Rs 1.85 million lakh. So far, Rs 1.13 million lakhs of funds have already been released. The MHCC also approved the review of projects from 14 states / UT that resulted in 3.74 lakh of houses, according to the statement.

During the introduction to the module, Mishra said: “The e-finance module was introduced with the specific aim of eliminating all kinds of misinformation. Now there will be transparency and all financial data will be recorded on the platform. ”

Mishra has also approved proposals under the Affordable Rental Housing Complexes (ARHC) – Model 2 – in Telangana and Tamil Nadu. A total of 19,535 units have been approved for urban/poor migrants, including a technology innovation grant of Rs 39.1 billion.

He called on the states / TUs to ensure proper implementation of the ARHCs using free JnNURM houses. He invited interested parties to make more proposals under ARHC Model 2.

ARHCs provide affordable rental housing to urban/poor migrants in urban areas close to where they work. The ARHC program is implemented through two models. Under Model 1, existing vacant state-funded apartments are converted to ARHC through a public-private partnership or public agencies; In Model 2, the construction, operation, and maintenance of the ARHCs are carried out by public / private entities on their own vacant lots.