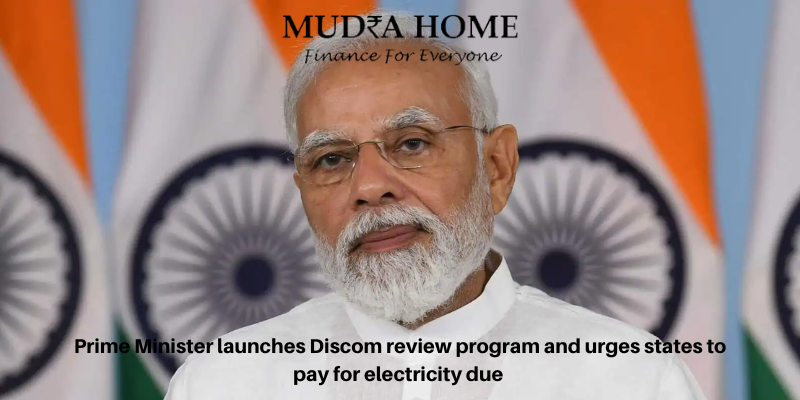 Prime Minister Narendra Modi accused state governments of failing to pay due to electricity distribution companies (discoms), which have limited their ability to invest in additional infrastructure, and urged them to make payments immediately and review policies. of free energy.

Speaking at the closing ceremony of “Ujjwal Bharat, Ujjwal Bhavishya – Power 2047”, Prime Minister Modi said that electric nightclubs owe power generating companies Rs 1 lakh crore. While the states owe Rs 60,000 crore to non-conformities and another Rs 75,000 crore due to the various subsidies that the states had promised their citizens.

“Approximately Rs 2,500 crore from power generation and distribution companies are trapped. Given this situation, will energy companies be able to invest in infrastructure and future needs? Are we going to force future generations to live in darkness?” Modi said.

Prime Minister Modi has urged states with outstanding deadlines to resolve them as soon as possible and to examine why some states are repeatedly missing.

“States need to think honestly why their tariffs are going up while consumers are paying honestly,” Prime Minister Modi said.

“Over time, a serious disruption has taken hold of our politics. Politicians should have the courage, to tell the truth to the public, but we see that some states are trying to avoid it.

This strategy may seem like a good short-term policy. But it is like postponing the truth of today, the challenges of today, for tomorrow, for our children, for our future generations”, said the Prime Minister.

He said losses in India’s power distribution sector are in double digits, while losses in developed countries are in single digits. “That means we’re wasting a lot of electricity, so we have to generate more electricity than is needed to meet electricity needs,” he said.

The Prime Minister launched the Department of Energy’s flagship project, the Renewed Distribution Sector Scheme (RDSS), which aims to improve the operational efficiency and financial profitability of nightclubs and utilities, which was first announced in May. RDSS, the second such program in two years to support Power Disco, will see expenditures in excess of Rs 3 lakh crore over a five-year period from FY 2021-22 to FY 2025-26.

It will provide financial support from DISCOM to modernize and strengthen distribution infrastructure and focus on improving the reliability and quality of supply to end users. The program also aims to reduce total technical and commercial (AT&C) losses to an Indian level of 12-15% by 2024-25 and the gap between average delivery costs and average realized revenue (ACS-ARR) to zero.

Speaking at the event, the Prime Minister said the energy sector will play a major role in accelerating India’s progress over the next 25 years and will be key to the country’s ability to achieve “ease of doing business” and ” ease of living. ” to improve.

On July 30, he also launched green energy projects that will support India’s energy security goals. The Prime Minister laid the groundwork for the 735-megawatt Nokh solar project in Rajasthan, a green hydrogen mobility project in Leh, and the Kawas Green Hydrogen Blending with Natural Gas project in Gujarat.