What is bitcoin and why are there concerns over it? 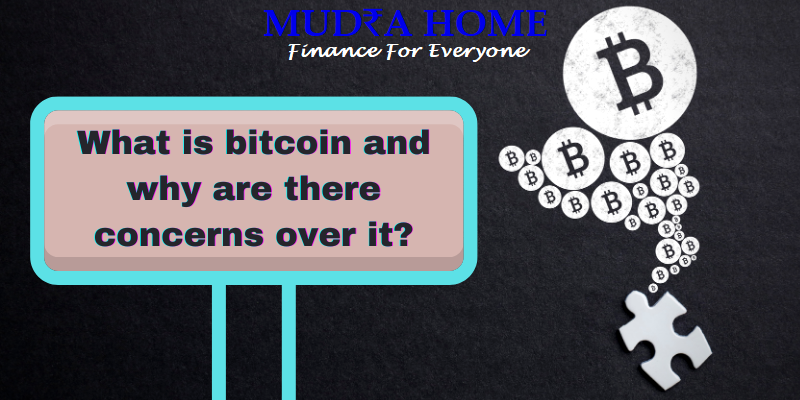 Bitcoin is a digital currency that was founded in January 2009. It follows the ideas outlined in a white paper by the mysterious pseudonym Satoshi Nakamoto. The identity of the people who created the technology remains a mystery. Bitcoin promises lower transaction fees than traditional online payment mechanisms and, unlike government-issued currencies, it is managed by a decentralized authority.

Bitcoin is a type of cryptocurrency. There are no physical bitcoins, just balances on a public ledger that everyone has transparent access to. All Bitcoin transactions are verified by huge computing power. Bitcoin is not issued or endorsed by banks or governments, and individual bitcoin is also not valuable as a commodity. While Bitcoin is not legal tender, it is very popular and has sparked the introduction of hundreds of other cryptocurrencies collectively known as altcoins. Bitcoin is commonly abbreviated as “BTC”.

Why is there a concern over Bitcoin?

Bitcoin claims that “it is the first decentralized peer-to-peer payment network operated by its users without a central authority or middleman”. This lack of central authority is the main reason governments fear cryptocurrencies. To understand this fear, it is important to know a little about governments and conventional currencies.

Bitcoin users don’t need the existing banking system. Currency is created in cyberspace when so-called “miners” use the power of their computers to solve complex algorithms that serve as verification for Bitcoin transactions. Your reward is the payment with a cyber currency that is stored digitally and transferred between buyers and sellers without intermediaries. On a smaller scale, airline award miles work in a similar way, allowing travelers to purchase airline tickets, hotel rooms, and other items using airline miles as currency. Virtual.

If Bitcoin or any other cryptocurrency is widespread, the entire banking system can become unusable. While this sounds like a wonderful concept given the recent behavior of the banking industry, there are two sides to every story. Without banks, who would you call if your mortgage payment is hacked? How will you earn interest on your savings? Who will support you in case of transmission failure or technical problems?

While the financial crisis has earned bankers an even worse reputation than they already have, there is something to be said for institutions that oversee asset transfers and related records in a timely, efficient, and reliable manner. There is also the question of the fees banks charge for the services they provide. These fees generate a lot of income and many jobs in the global banking industry. Without the banks, these jobs will disappear, as will the tax revenues of these banks and the paychecks of their employees. The money transfer business would also disappear into a virtual world. Nobody needs a Western Union or its competitors when everyone uses Bitcoin.

So much has been written about virtual currency and crime that it is enough to recap the problem by pointing out that missing financial transactions facilitate crime. Drug trafficking, prostitution, terrorism, money laundering, tax evasion, and other illegal and subversive activities all benefit from the ability to transfer money in ways that are impossible to find. The now-defunct online drug market on the Silk Road is a prime example. Its founder attributes its success to Bitcoin.